I'm still kicking around the web.  If you'd like to see what I'm currently up to, please come check out my website which has my art.  I'm still creating things which are inspired by my cancer experience. I've learned so much in the last (almost) 10 years and I look forward to sharing it at some point. 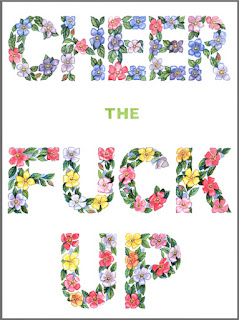 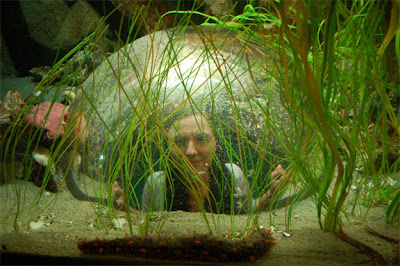 So what I'm learning is, there are a lot of nice people around. I'm also being reminded that I have a lot of anxiety when it comes to others. Couple that with the newness of my job and I feel pretty stressed in general. Thank goodness Spring is coming. Each sunny day I feel a little more energised.
I still need to figure out how to take care of myself. I'm still trying to build a new life and get out of this bubble. I'm afraid of illness, germs, people, loss and about me being broken in general. There is a deep seeded fear that no one will ever want me.
I thought after my bone marrow transplant I would one day get better and walk away from it all. Now I know that it's embedded in me forever. As an artist I can see good things in that, I can take my experiences and create with them.
Now I need to let people back in my life. I've always kept such a distance from people, I would never tell them anything about myself. I had a deep line drawn in the sand around me. I hope I can let that go and invite someone in.
Posted by BaldyLocks at 11:45 AM 12 comments:

I went on my very first date in more years than I want to mention (okay 5 1/2) and I survived. I showed up to the initial meeting place to see a nice, handsome looking gentleman. It was such a relief when I pulled up. He was slightly early and stood up as soon as he saw me.
All the nerves I probably should have had didn't appear. It was much less awkward than I had imagined it would be and despite the unshakable handicap of being me, I feel like I did not do badly.
As someone who has had at least 15 years of nightmares of my wedding day, I felt no urge to run away. For me, that is epic.
My nightmares usually consisted of being at the church in my dress. It was usually time to walk down the isle and I would be frozen, trying to figure out how to get out. Sometimes I'd climb out a window in my dress, sometimes I'd be forced down the isle, sometimes I'd just be paralyzed in my layers of white tulle.
I guess I may not have mentioned it on my blog before, but I was married. Eons ago. That's how I ended up with my amazing children.
So that's enough about that.
Usually when I have gone on dates in the past, I have felt completely alien from the person I was out with. I would get an overwhelming feeling of loneliness which I feel a heck of a lot less of, by being on my own. The idea of tying yourself to the fate of another human being made me beyond uneasy.
So the utter calm and pleasantness of this casual date relieves me. I can actually see now that there are kind men out there. I knew they existed out in the wild in theory.
So step one accomplished. Upwards & onwards!
Posted by BaldyLocks at 11:27 AM 10 comments:

I know I've been AWOL for a while. I've gone back to work and it takes up all of my time. I did manage to get a few days off and spent a day full of solace, painting the large canvas I had gessoed recently. 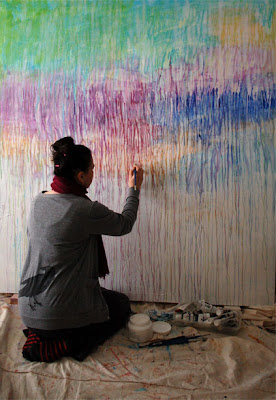 I had no intentions for the canvas. I just grabbed a bunch of colours, a few brushes and went for it. I find painting a good way to process events & feelings in my life. Things are so good now I can hardly believe it, yet there is a lot of pain and uncertainty in other areas.
So I got out my paints in the chipper colours and painted out my pain. Holding the brush, I dipped into my paints and felt the texture of the much used canvas becoming something new.
Posted by BaldyLocks at 11:07 AM 4 comments:

The mountain and I had a date a few days ago. We haven't seen each other much since I started working again but I plan on making it more. There's nothing like the view after my own two feet have taken me to the top. 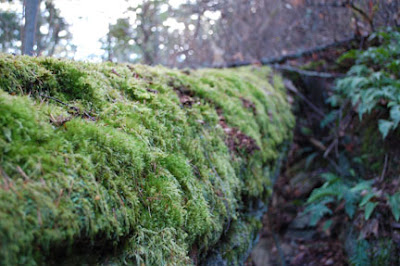 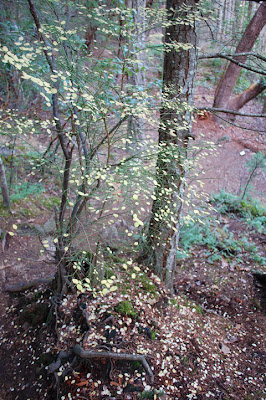 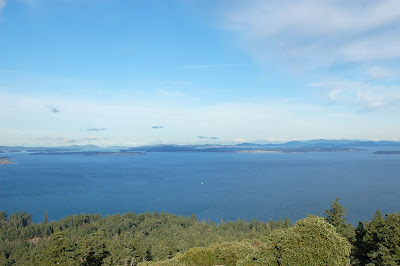 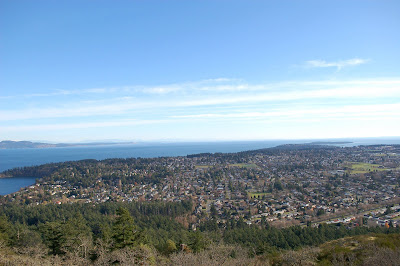 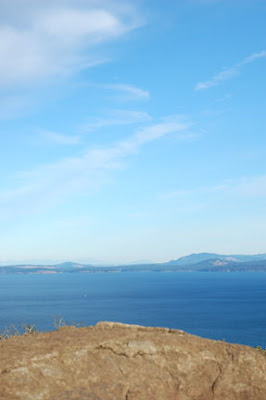 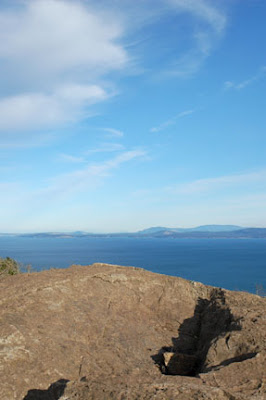 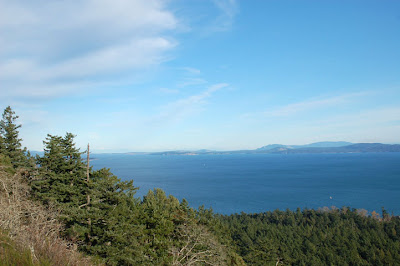 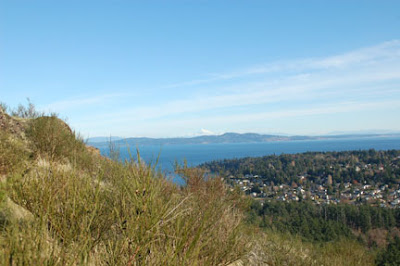 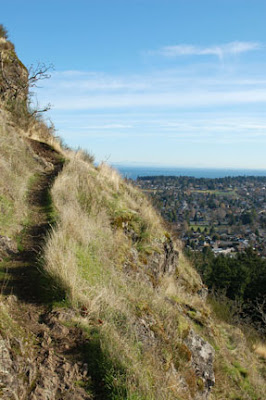 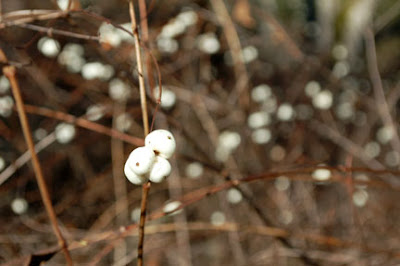 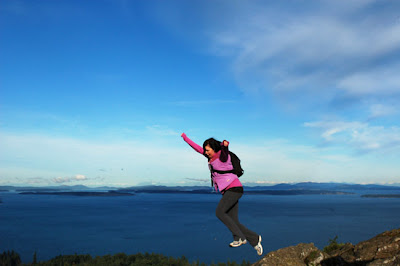 I had my flu shot a couple of weeks ago but before it could kick in my son had bronchitis and gave it to me. I'm pretty good at avoiding illnesses that pass through the house but this one caught me. I lost my voice for 6 days and had the worst sore throat. I went off to a clinic and then a few days after that my Dr. They swabbed me for strep but I guess it turned out to be viral rather than bacterial. I have been immobile for a week. Partway through after being on penicillin for a few days without improvement I started to get scared. Not much scares me but my mind does wonder when I get bruises.

I never had bruises even though they are the most common symptom of leukemia. So when I get them they make me wonder. Unfortunately being sick this week has paralleled my experience of when I was diagnosed and almost died. I found myself keeping my phone with me in bed in case I couldn't get up and needed to call for help. I even felt afraid that I might die in the night. I'm sure all those that have had cancer can relate to what I'm saying. What seems on the outside to be an irrational fear, becomes very plausible in a post cancer reality. This last week has been too, too similar to what was almost my very last week.

So I was able to tell my Dr. my fear and she helped assure me that it's most likely a flu.

So now that I've survived the week, I feel tired because I know what comes now. It's hard to get my body back to being like it was after even a week of being sick. It's always uphill. Why are things always up hill these days? So yesterday I managed to wash my hair. Today I managed to get dressed and I'm hoping to make it out of the house for a walk. At times like this I want to run but I'm back to baby steps. God I hate baby steps.
Posted by BaldyLocks at 1:12 PM 9 comments: 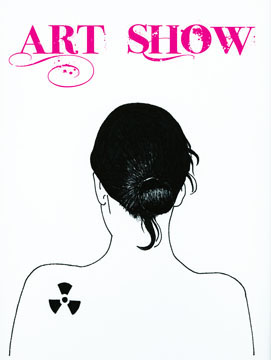